Crack the slot machine pseudo-random algorithm, the casino owner is going to cry 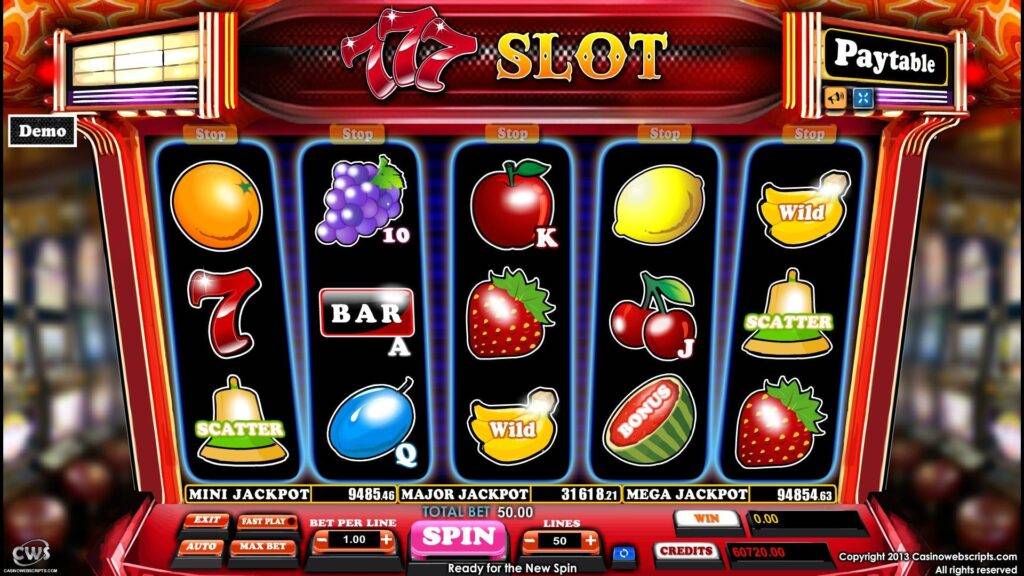 It’s very simple to play, put a few coins into the machine, press the button (or lever), and then things on the slot machine screen start to rotate.

When the items on the screen are just in a row, it means that you have won and the prize money flows out of the machine

Slot machines are relatively easy to play in casinos. Most customers like to play them,

The managers of Lumiere place, a casino in St. Louis, Missouri, have found that things are not right.

There seems to be a “God of slot machines” in the gambling house. He win all the gambling!

At the beginning of the matter, they found that several slot machines were spitting money very much and seemed to be broken, but the engineers found that the machines were not broken after checking.

Then the managers picked out the video at that time, in front of these slot machines,

A 30-year-old man with black hair was found.

He is wearing an ordinary man’s shirt, holding a small brown wallet, gambling leisurely in front of the slot machine.

His gambling behavior is no different from that of ordinary customers,

That is to put in a few coins, press the button and wait for the money to be collected.

The only strange thing is that he is a little absent-minded when gambling and always plays with his mobile phone in front of the slot machine.

Every time he comes back to play again, he seems to be a little nervous. His hand is always on the “start” button and doesn’t move (generally, gamblers only raise their hands and press the button when they want to start).

When he suddenly pressed the button, a miracle appeared

He won almost every time!

What kind of operation is this??

Managers can’t find problems in the machine, and they can’t find clues in men’s behavior, but… There must be problems in making money like this! There is absolutely something strange to operate!

Lumiere place told the Missouri gaming board about the findings,

Within a few days, other casinos also found a similar situation. Different men gambled with mobile phones, came back after a rest, and then made money. And every time it succeeds, it is only implemented on the old slot machines produced by novomatic and aristocrat.

Darrin Hoke, the security director of l’auberge Lake Charles casino in Louisiana, asked his colleagues to call up video surveillance from all over the country after hearing the news,

It turns out that

There’s more than one person doing this

These “God of gamblers” appear in casinos in California, Macao and Romania to make money.

Later, Darrin Hoke also found the specific information of some of them through hotel check-in,

Among them, it has something to do with the black haired man who first appeared in the Lumiere place casino.

The police finally found out his identity.

After hearing about Russian nationality, Willy Allison, a gaming security consultant and founder of the global gaming Protection Association, had a clear idea,

Over the years, he’s been investigating a Russian gambling fraud Gang based in St. Petersburg

Since Putin announced a nationwide ban on gambling in 2009, thousands of Russian casinos have had to close, and their gambling equipment, including slot machines, has been on sale all over the world.

Because of the attractive price, these gambling equipment appear in the world’s major casinos.

Since then, Russian casino fraudsters have been running in casinos all over the world,

Willy Allison found out that the reason why they have been able to win many times seems to be that someone has understood the reward law of slot machines.

It’s extremely difficult to understand the laws of slot machines,

Because the core of its internal algorithm depends on one thing: pseudorandom number generator.

This generator is an algorithm to produce approximate random sequence, the purpose is to show the unpredictable, infinite sequence.

At the beginning, it needs to input a number, also known as seed. After the seed and generator fuse and collide with other complex data, it can get a seemingly random result.

With this random result, the slot machine can give the result of each one on the turntable

The value of this “seed” data comes from the time recorded inside the slot machine. The value will be different at different times. The random number generated is also different

In other words, the result of the slot machine, the final push back, depends on the time when the start button is pressed

Then, people can push everything forward and guess what the slot machine will give when they press “start” at each time.

If there was a talented Russian mathematician who worked out the formula,

And in 2009, when the National Gambling set was on sale, he took apart and analyzed the slot machines at that time,

It seems possible that

Well, even if you buy an old slot machine, the algorithm knows

It’s impossible to know without a lot of computer calculation.

You can’t move a computer to a casino.

Willy Allison found that it’s not hard for fraudsters to do this. They just need to… Take out their cell phones and take pictures of the slot machines.

According to the investigation, he found that the fraudsters first watched others play more than 20 times, recorded the video information, and then passed the video to their partners in St. Petersburg (when they left the slot machine, they passed the video).

On the other side, through a lot of computer analysis, through the 20 times of records, time and results, through mathematical deduction, you can know the internal time of this slot machine

If you know the time, it’s easy

As long as you can win money in that time, press the start button, wait to make money!

So, through their self-made mobile app, their partner can make the mobile phone vibrate 0.25 seconds before the moment when the slot machine is sure to win. After the other party feels the vibration, he can instantly press the button with his hand.

That’s why they always put their hands on the button for a long time in the surveillance video, in order to avoid missing the opportunity

Murat bliev, who earned money in the US casinos, left his headquarters in St. Petersburg,

This time, he teamed up with three of his peers to make money in all the major casinos in the United States.

Seven days later, the four were arrested at the Hollywood Casino.

Four confessed, three of whom were sentenced to two years in federal prison and deported after serving their sentences

This is the first time St. Petersburg’s Casino scam has been charged.

The second time was in Singapore in June 2016,

He admitted that he was a member of the St. Petersburg gang and disclosed a lot of information,

For example, 90% of the money earned from slot machines will go to the company, and now they are more covert. They just need to put their mobile phones on their shirt pockets with small holes, open Skype at the same time, and transmit video to the headquarters in real time

Considering how covert they are,

It’s hard to get caught,

Moreover, their practice is not illegal in many countries. When they are found by casinos, they will be expelled and forbidden to enter forever.

In addition, although many casinos know that the problem is the old slot machines, but it’s too expensive to eliminate them all. It’s better to put them in this way. The fraudsters’ daily income of 20000 or 30000 is just a fraction

For these reasons, gangs in St. Petersburg have not been banned.

After a reporter from wired wrote about the St. Petersburg fraud gang in June,

After a month, the boss of the gang decided to come out in person for an interview

He said his name was Alex, and he didn’t give his last name,

He is a mathematician and computer engineer.

Alex graduated from a top Russian University, taught people to be hackers at a military school in St. Petersburg, and then became a freelance hacker.

His first contact with slot machines was a decade ago when a casino hired him to reduce the rate of returns for slot machines made by novomatic.

Alex was fascinated by the pseudo-random number algorithm on the slot machine.

He studied the algorithm for six months, then formed a team to sweep the novomatic slot machines of casinos in Eastern Europe.

In 2009, because of the ban on gambling, a large number of slot machines in Russian casinos were sold cheaply,

During that time, Alex came into contact with another slot machine called aristocrat Mark VI, which is made by aristocrat company.

After a lot of research, once again, aristocrat has become their team’s prey

By predicting the machines, Alex’s four team can earn more than $250000 a week.

So he started his own company in St. Petersburg and was very popular.

“Salary, recruitment, management, everything is very headache… In fact, I want to play with code.”

Alex plans to sell the slot machine loopholes to aristocrat, a gambler maker, and it’s gone,

But Tracey elkerton, the top executive of the company he negotiated, declined at the time

Tracey elkerton said they couldn’t trust him, and who knows if he would give all the holes.

In addition, she feels that Alex is not suddenly repentant, but is afraid that he will fall into the criminal circle completely, and wants to leave as soon as possible before he may be arrested.

But Alex didn’t think he was a crime at all:

“In fact, we didn’t get involved in slot machines at all. We didn’t hack in.” He said in an online interview.

“All my agents (employees assigned to casinos in various countries) are ordinary casino customers, just like others.”

“The only special thing is that they have better predictive ability when they gamble.”

“Yes, this ability is realized through my technology. But is this technology against the law? “

“In short, what’s the difference between this and using a calculator to solve math problems? Do you break the law by relying on technology rather than on your own intuition? “

“I’m doing the same thing as the gambling company, which is moving money.”

“The gambling system in the world is fundamentally unbalanced. Casinos always win!”

But when people don’t understand him, Alex is also depressed,

“Sometimes, I wonder if I want to put the technology online and let everyone use it freely.”

“As long as people with smart phones can download my software from the Internet for free, the slot machines in casinos will become cash machines.”

“Can you imagine?” Alex asked the reporter, “this will destroy the whole slot machine industry and make the world a little better.”

“Well, at least for most people.”

At present, this scenario, which Alex calls “Zombie Apocalypse”, is slightly less likely,

After aristocrat’s failed negotiations, he is now in contact with novomatic, hoping to sell his technology.

But if it doesn’t work out next time

Well, casinos around the world should be careful

Wang: many of the big winners of poker games and financial transactions are from mathematics 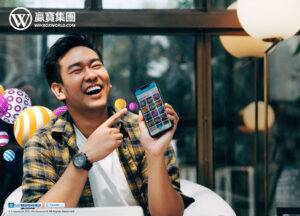 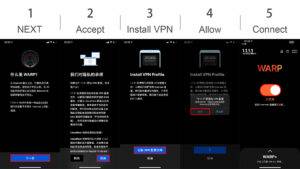 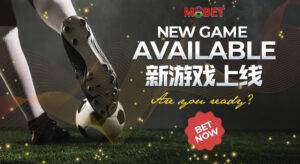